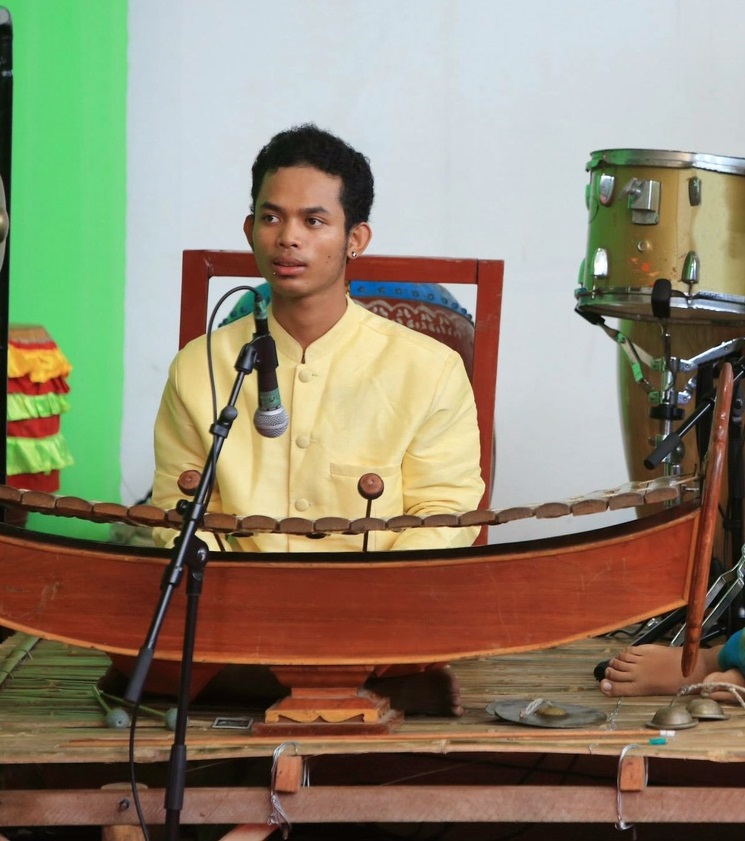 For the first time ever Ethno Sweden will have a visit from Cambodia. Thanks to the Cambodia Living Arts we have been able to invite three young musicians, playing several exciting instruments.

KHEAV Sothan first started to learn the Roneat Ek (picture on top, a kind of xylophone), initially with a teacher, and later developing his skills on his own by listening, watching, and playing following others. He later started to learn the Khim (hammered dulcimer) and other instruments. He composes original music, and enjoys integrating traditional Cambodian instruments with Western instruments. As well as working and studying, Sothan composes music at home, listens to music, and teaches music to younger people so that they can learn his skills. He is one of the principal composers and musicians for Siem Reap-based Cambodian circus Phare. 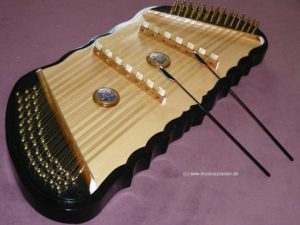 SIM Veasna studied music with a teacher in the countryside from 2008 until 2014, when he enrolled at the Royal University of Fine Arts (RUFA) in Phnom Penh. In the countryside, teachers teach by holding hands and singing call-and-response melodies, and students can choose how much they want to study. At RUFA, he learns theories, rules, and musical notation, and they have discussions, field trips, and learn music history as well as practicing their instruments. He plays the Khim (hammered dulcimer, see left) and the Takhe (crocodile-shaped zither). At university, he studied with people from other countries, learned more and had many new experiences, and learned about other cultures, building new communication skills. As well as studying, he likes to join competitions related to his skills and workshops where he can improve them. 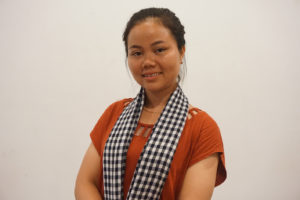 KAO Sokuntarvry was born into a family of singers, and started singing when very young. Her dream is to be a singer, and so it has become a big part of her life. Currently, she is a sophomore majoring in Choral Singing at the Royal University of Fine Arts in Phnom Penh. She has joined many singing competitions and won certificates. At a song contest run by the Cambodia-Japan Cooperation Center, she was placed first out of 16 competitors. As well as traditional songs, she also likes to sing international songs – she loves all kinds of music. Apart from studying, she is also a tutor, and teaches in the evenings. 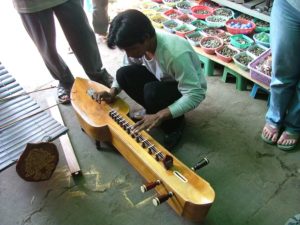 We can´t wait to hear the music from Cambodia on these exciting instruments!